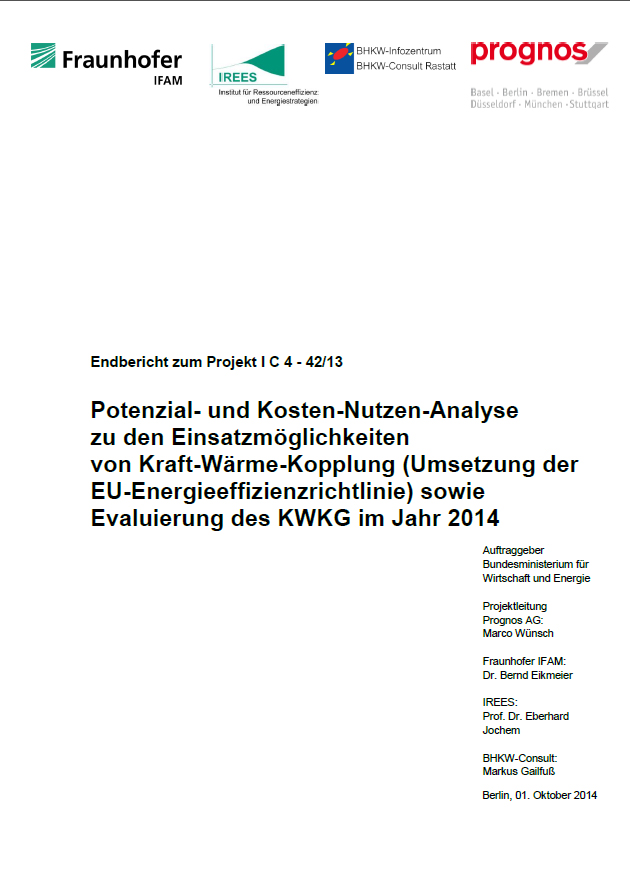 The Federal Ministry for Economic Affairs and Energy (BMWi) has published a survey on the current situation and the perspectives of efficiency technology combined heat and power (CHP) on October 2, 2014.

The report provides an important basis for in § 12 of the Combined Heat and Power Act (CHP) planned evaluation of PAYG funding. The survey commisioned by the BMWi was fulfilled by a consortium of PROGNOS, Fraunhofer IFAM, Fraunhofer IREES and BHKW-Consult. In addition to the bases for the evaluation of CHP, it also includes a cost-benefit analysis of CHP compared to other technologies. At the same time the report includes statements on the potential for expansion and the role of CHP in future electricity and heating markets. In the second week of October the results of the study will now be assessed in a next step betweed the the industries concerned and the BMWi. Specific findings for the future shape of CHP support will then be drawn on the basis of the results of this evaluation and consultation with the affected industry. This should allow an interconection betweed future electricity generation and market design.

The report „Potential and cost-benefit analysis on the uses of cogeneration and evaluation of the CHP in 2014„ can be downloaded in German as a pdf file.